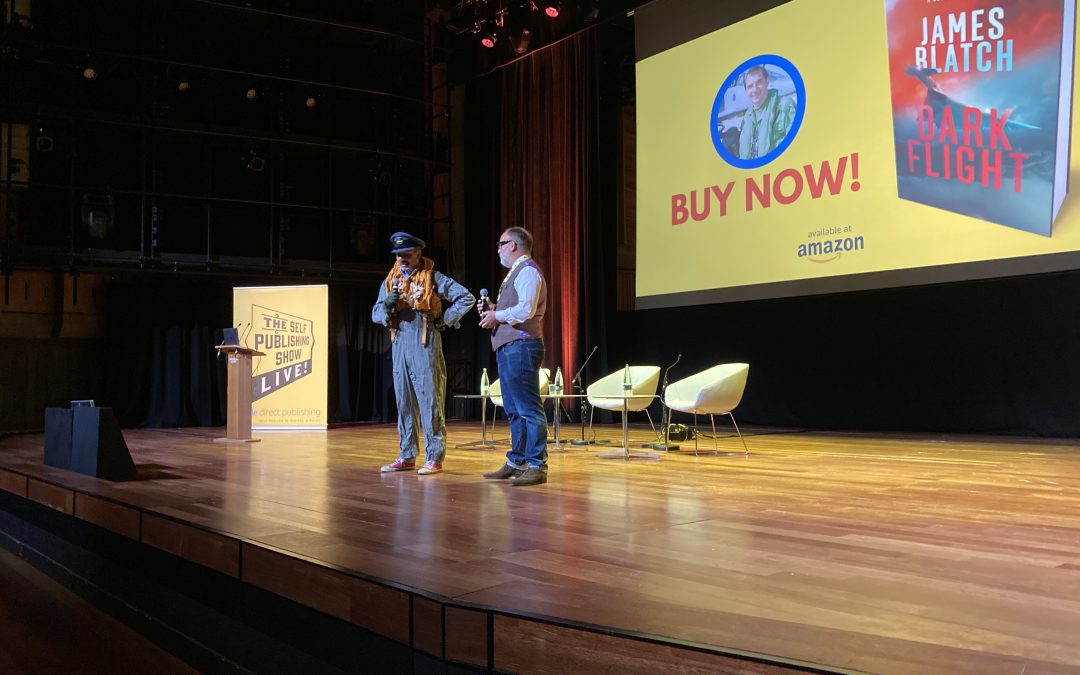 I was fully hyped and primed for the second SPS at the South Bank Centre in London this year. A meeting of author minds was long overdue; this one didn’t disappoint. It was a superb opportunity to hear inspirational and informative presentations from Indie authors and publishers and meet other authors. The latter is particularly important to me and many others after two years of restrictions.

The evening before Day 1, I headed to a pre-conference meet-up at the Mad Hatter’s Hotel, which was a great move. Here was an opportunity to speak to some authors before the big show and make connections in smaller groups. I made plenty of new friends and re-connected with old ones.

Over 800 authors gathered at South Bank for Day 1, and after coffee and chat, everyone headed into the main hall for the welcome session from Mark Dawson and James Blatch, who rocked on in a 60s pilot uniform. His second book, Final Flight, was cunningly launched on the same day and may have been mentioned a few times!

First up on stage were the ‘Queens of Kindle’, Caroline Peckham and Susanne Valenti. They write in the Paranormal Romance genre and leverage the power of TikTok to gain incredible traction.

Nick Stephenson was due to present but had apparently injured his leg, so James Blatch stepped in with insights into his TikTok experiments this year.

Joanna Penn did a fascinating one on the Creator Economy with fascinating insights into the tools authors and creators can use, such as AI, NFTs and the blockchain. All this despite an absolute tech nightmare with the presentation screen.

After lunch came the slot I had been waiting for. Stuart Bache of Books Covered did a cover design makeover of one of our fiction books! It was a special moment to see the classic Bache design style, with my pen name, Jay Tinsiano, being created on stage in real-time. We’re now looking at ways to make the series relaunch happen with Stuart’s involvement.

Amazon Ads Targeting with Jane Margot. A very insightful presentation on using Amazon Ads to sell books by Jane, who worked at Amazon Ads for eight years. The platform is a complex monster, and Jane offered some valuable insights into taming the beast, that is Amazon Ads.

Darren Hardy and the Amazon KD Team. The panel fielded questions from James Blatch and the audience on the inner workings of publishing on Kindle.

Day 1 ended with a break that allowed time for dinner and freshening up before a party in the foyer. There were complimentary drinks to get into the spirit, and a band provided the music to get things rolling. Groups of authors did move on to pubs and bars after the close. This was, after all, London.

The rise to Romance Stardom session was with Lucy Score, who has a huge dedicated following. If you want an idea of how big Romance is, look at this Wall Street Journal and national bestselling author.

Big Data Unleashed with Alex Newton. Alex runs K-lytics, which offers the facts and data behind the trends and sales on Amazon. He revealed that Indie authors account for 50% of the top 100 books on Amazon. Big cheers for that one.

Suzy k. Quinn gave us The five secrets of Bestselling Authors. After studying what makes a bestselling novel, Suzy presented her five secrets, and there were some very intriguing takeaways. Shhhh.

Self-Editing Masterclass with Hayley Millman, Head of Education & Community, at ProWritingAid came next. This session dove deep into the reeds of the craft of words.

Just before lunch, Author Inspiration came from Michael Anderle, head of LMBPN Publishing and one of my favourite speakers. He fired up the audience with antidotes from his meteoric rise to a $Million publishing empire. I love listening to this guy, so this was a big highlight.

Unfortunately, I had to leave during the lunch break and head back to Bristol, but I will be catching up on the recording for the following sessions that rounded off this fantastic conference.

Mark Dawson, James Blatch and John Dyer wrapped up the conference with thunderous applause. I have no doubt.

All in all, it was fantastic and am very much looking forward to the next one. I highly recommend the experience just for the connections you can make. I should also mention that the show sponsors were all in the Foyer making for a great opportunity to speak to people from the following companies: KDP Publishing, Draft2Digital, Reedsy, PublishDrive, Hello Books, Google Play Books, Kobo, Vellum, Digital AuthorsToolkit, W.F Howes, Written Word Media and Pro Writing Aid.

If you missed attending this live there will be recordings available to purchase. Just head to this link and Buy Digital Ticket Only. https://selfpublishingformula.com/spslive

You have Successfully Subscribed! Disclosure: We only recommend products we use and all opinions expressed here are our own. Our posts may contain affiliate links at no additional cost to you, We may earn a small commission. Read full privacy policy here.